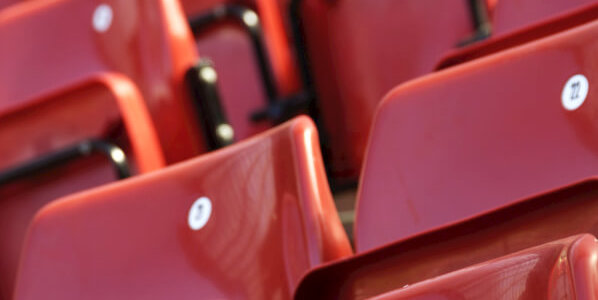 Located in Greater Manchester, the Old Trafford stadium is home to one of Manchester’s main football clubs, Manchester United Football Club. As the second largest football stadium in the United Kingdom, Old Trafford has a capacity of over 75,000.

Built in 1909, Old Trafford has hosted many FA Cup semi-finals, England fixtures and matches at the 1966 World Cup, as well as the football matches of the 2012 Summer Olympics. Visitors can go behind the scenes at Old Trafford with regular tours taking place seven days a week (except on match days), to see the stadium through the eyes of Manchester United greats themselves. With access to the player’s dressing room, the Sir Alex Ferguson Stand, the dugouts and the player’s tunnel, this tour is a must for anyone looking to experience one of the most famous football stadiums in the UK.