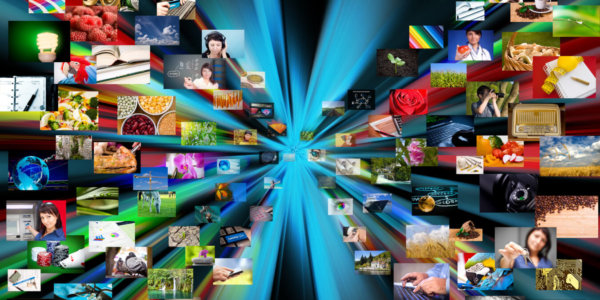 Curling up with your favourite film or TV show is a fantastic way to wind down. And with the rise of streaming services, any phone, tablet or laptop is now transformed into a portable cinema. Great news for those of us who spend lots of time on the road.

Here, we round up an ensemble of the best suppliers you can rely on for both live and on-demand entertainment.

So prevalent is this giant that it barely needs an introduction. Netflix’s catalogue, while not in the premier league for the very latest releases, does include a good selection of new and new-ish titles though.

Where it scores big points – and where the company is increasingly concentrating – is in producing its own content. Seen Stranger Things? Orange is the New Black? The US version of House of Cards? Then you’ve seen a Netflix Original. And you can expect much more in the future.

Behind the scenes, Netflix is intelligent: based on what you watch, it gets to know your tastes and will offer scarily accurate recommendations.

As you’d expect, an impressive selection of films and programmes are watchable across your devices. Selected content can also be downloaded and viewed offline. For the business traveller, that’s very handy when negotiating those WI-FI-free zones.

Another big player that’s offering original content, Amazon is responsible for bringing you shows like American Gods, Sneaky Pete and The Man in the High Castle. The giant even persuaded Woody Allen to write, direct and appear in the six-part series Crisis in Six Scenes. “I’ve regretted every second since I said OK” commented Woody Allen, in a very Woody Allen way.

Sky without a subscription, NOW TV’s users buy into a selection of monthly passes.

For films, you can expect the kind of extensive range Sky has made its name with. A separate Entertainment pass handles TV and box sets, although separating out movies and programmes – requiring two pass purchases for both offerings – will grate with some.

In keeping with rival services, NOW’s catalogue works across all of the popular devices. Sports fans are also well served with a pass for Sky’s extensive channels.

Well, sort of. TV Licence-payers can of course access the BBC’s excellent iPlayer.

As well as enabling catch-up of BBC’s TV and radio shows, films recently shown on its channels are also accessible.

iPlayer keeps evolving, and although offerings like BBC Store – through which shows could be purchased and kept – is being shelved, you can expect iPlayer to continue innovating. Right now, with the need for users to sign-in being rolled out, a more personalised experience – tuned into your likes and interests – is on the horizon.

Breathe in, breathe out… Oxygen. @bbcdoctorwho Saturday 13 May. 7.15pm on BBC One. #TimeForHeroes #DoctorWho

For Sky subscribers, you’re served by Sky GO. From this service, both live and on-demand content can be watched.

Often these services specialise in genres. Shudder, for example, is the place for horror fans, whilst PictureBox offers a shifting range of films and shows handpicked by film and TV critics.

For classic, cult, arthouse and foreign-language fans, you should bring your popcorn along to MUBI.

Occasional traveller? Or maybe you just don’t want to be tied into a subscription. Remember iTunes, Amazon and Google all offer one-off hires.

Settle down and relax

Whatever you’re watching, watch it in your Dreamhouse apartment. Every one of our properties is designed to be a super-comfortable home-away-from-home.