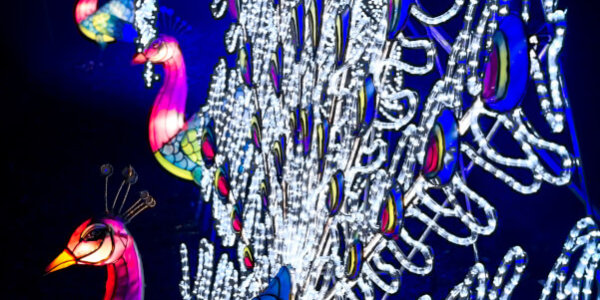 We’ve made it through January but we still feel like we’re in the depths of winter. How about taking a break and enjoying some of the fantastic events going on in London right now? There’s an enormous amount of fun to be had in the capital this winter, and here’s a small handful of choice!

Featuring enchanting illuminated creations including a whole menagerie of animals – from life-sized flamingos to zebras, elephants to kangaroos, pandas to giant swans! Plus there’ll be a dazzling forest and a whole heap of other sculptures representing Europe, Central Asia, Arabia, Egypt, Persia, India, and Ancient China to depict their Silk Road theme. There’s also a 30-metre synthetic ice rink, virtual reality gaming experience and more to keep you entertained.

Kew Gardens’ celebration of the orchid returns for its 22nd year, this time with an Indian theme. Sounds of India will surround the visual displays in the glasshouse, which will feature elaborate floral creations inspired by Indian markets. The festival includes behind the scenes tours, hands-on workshops and ‘Orchid Lates’ – allowing you continue the fun after hours.

This big Tate Hockney retrospective, scheduled ahead of his 80th birthday, goes all the way back to his student work of the early ’60s, and trace what’s frankly a stupendous journey of ceaseless innovation. From his ‘gay propaganda’ works, to his glossy LA pool scenes, to his intricate photo-collages and experimental fax works, this looks set to be one of the biggest crowd-pleasers of recent years.

Transport yourself to a glittering party from the ’20s. The Vaults is where it’s at, Jay Gatsby’s your host and foot-stomping jazz, hard liquor and swing dancing’s on the menu until the early hours.

Take a break this winter and what’s more, do it all in the knowledge that there’s a luxuriously appointed apartment to return to when you’re done with having fun in London!