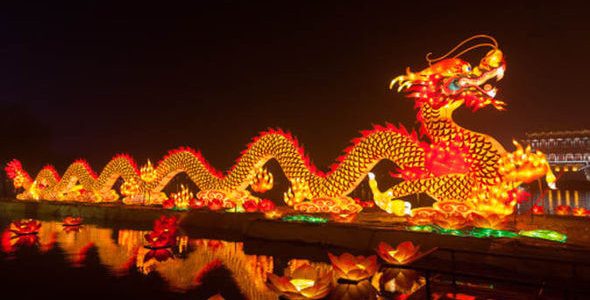 Chinese New Year’s Day is the first day of the Chinese lunar calendar. But the date is different each year on the Gregorian (internationally-used) calendar, between January 21th and February 20th. In 2016 it’s Monday February 8th.

Officially only the first three days of Chinese New Year (February 8–10, 2016) are statutory holiday. Chinese New Year’s Eve and three more days are always added to give seven consecutive days of holiday. These four extra days are taken from weekends: the two weekend days closest to the statutory holiday are included, while the Saturday before (February 6, 2016) and the Sunday after (February 14, 2016) are worked. 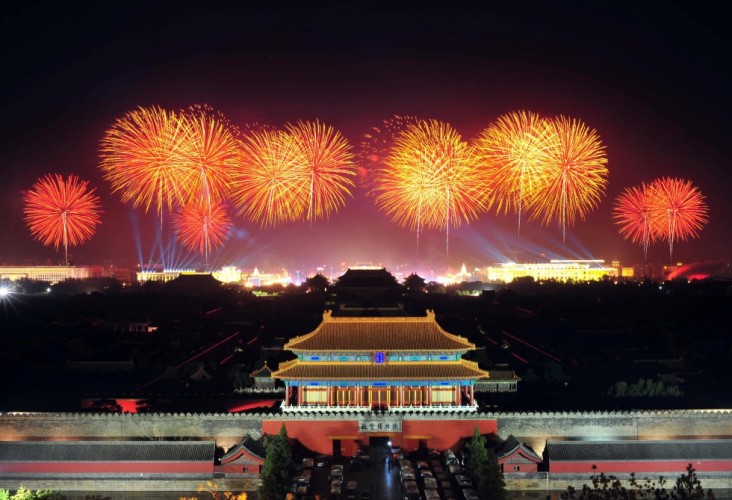 The character “fortune” is an important Chinese New Year decoration.

Traditionally celebrations start much earlier than Chinese New Year’s Eve. Some people start to celebrate three weeks before, the 8th day of the twelfth Chinese month (January 16, 2016; 腊八 Làbā /laa-baa/ ’12th lunar month + 8′). More people celebrate from the 23rd of the twelfth lunar month (January 31, 2016). They start to clean the house to welcome a new year from then.

Traditionally the end day of the Spring Festival is the fifteenth day of the first Chinese month, February 22, 2016 — the Lantern Festival. Chinese make all kinds of beautiful lanterns and eat sweet glutinous rice balls in sweet soup (汤圆 tāngyuán /taang-ywen/ ‘soup round’).

“Monkeys” are witty, intelligent and have a magnetic personality… Read more on the personality, career, and love suggestions for those born in Monkey years, and for other Chinese zodiac animals by clicking on the links in the table below

Why Chinese New Year is Celebrated in Winter

Like Christmas in the other countries, Chinese New Year is China‘s much-needed winter holiday.

It was set to coincide with the slack time just before a new year of farm work begins, as a time of preparation. Traditionally most Chinese were farmers, so this made sense. Now 55% of China’s population is urban (a generation ago it was 25%), but 100+ million return to their rural roots for CNY.

Celebrating a New Working Year and Praying for Good “Harvests”

According to China’s traditional solar calendar, which dictates the lunar calendar, the first Chinese “month” is called ‘start of Spring’. The farming cycle is set to start some time after this, but it really depends on the location in China. The ground doesn’t thaw in some places until March.

During the Spring Festival, Chinese traditionally celebrate the start of a new year of farm work, and wish for a good harvest. This has now evolved to celebrating the start of a new business year and wishing for profits and success in various vocations.

Manchester’s China town is the third largest in Europe, and our apartments will be a great base to enjoy the festivities from. Not to mention Aberdeen, Glasgow and Edinburgh!