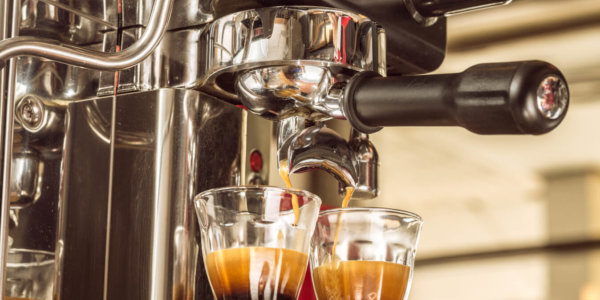 Capital caffeine. Have a shot at these five top Edinburgh coffee houses

You’ve arrived in Edinburgh. But where to go for your cup of joe?

Whether you’re on the lookout for a between-meetings caffeine hit, or a spot to relax and refuel in, Scotland’s capital is well-served by a dynamic roll call of artisan coffee boltholes. Uniting them all is an obsessive desire to serve up the very best cup time and again.

So take a seat beyond the corporate staples with our pick of five city-centre hubs. Every one of these stops is within easy reach of Dreamhouse’s Edinburgh apartment locations, and each will keep you full of beans when you’re on the hop.

Even if you’re in the city on business, park yourself at one of Castello’s outdoor tables and become a tourist for just a few minutes. Why? Because as well as a superb cup of coffee, you’ll be treated to a fantastic view of the castle.

The object of fawning reviews, and revered by serious coffee-lovers since 2012, Castello crams loads into its modest size. First and foremost it’s a proper coffee hangout – you won’t, for example, have to ask for a side of palette-cleansing water alongside your espresso. So, one for the purists? Yes and no. This is a snobbery-free zone. Service is super-friendly and, despite coffee being the main event, you’ll find a solid choice for breakfast and lunch here too.

If you’re in the market for a cup of coffee but not a side of interrogations about beans, blends and  ounces, then you’ll find your place at Filament.

Here, simplicity rules the roast – memorably demonstrated by a beautifully spartan one-page website. Saying so much by saying so little, Filament’s fare is heralded below the to-the-point headings of COFFEE and NOT COFFEE. But if that sounds a little stiff and buttoned-up, have no fear. Filament’s an unpretentious, genial joint – and it’s bagged a terrific location around the University district.

Scotland’s first speciality coffee house – and first roaster too – Artisan Roast is the perfect place to pitch-up for a breather (although the extra-industrious can have their fix to-go).

Behind the relaxed vibe at the original, beautiful – and authentically quirky – Broughton Street shop it’s worth remembering that every fairly traded blend has been put through the mill by Artisan Roast’s own roasting team. Marrying tradition with cutting-edge processes, lab technology and software have all been quietly applied to ensure a corking cup.

A post shared by Artisan Roast (@artisanroastcoffeeroasters) on Dec 27, 2016 at 2:36am PST

Sitting pretty on the corner of Hanover and George Streets, this basement oasis may be tiny, but it packs a serious punch when it comes to great coffee.

Sure, you can indulge in a modest range of cakes, but it’s the proper, no-nonsense cups of java that have kept people returning since 2008. Built for a quick stop – Wellington’s square-footage doesn’t lend itself to long, lazy afternoons – it’s the ideal destination for a snappy refuelling. And on a sunny day you can grab a seat out in the little patio area too.

Inspired by the veritable coffee revolutions they’d observed in cities like London, Portland and New York, the graduates behind Brew Lab brought their speciality coffee house to  Edinburgh in 2012.

An open space thoughtfully kitted out with reclaimed furniture, it’s quite a sight to watch the baristas working their magic behind the imposing concrete powerhouse from where your cup has been expertly brewed.

Everyone will appreciate the obvious passion that’s gone into this artisan coffee bar; these guys have taken the sort of boundless enthusiasm you’d expect from wine or whisky connoisseurs and applied it to their not-so humble beans. But don’t be put off by the science and sorcery (a Training Lab passes on skills to the willing) – this is a friendly joint – and it also serves up a great line in cakes and bites.

Thanks to the full menu of speciality coffee houses across the city, Edinburgh is fast becoming a real go-to destination for enthusiasts. Testament to this is the Edinburgh Coffee Festival. Returning for a third year, 2017’s event is happening on Saturday 14th October. Ablaze with demonstrations, try-outs, tastings and, of course, the kind of first-rate pop-up coffee shops you’d expect, why not book a Dreamhouse apartment for the festival weekend?

In the meantime, discover even more of the city’s coffee kings with the Scotland Coffee Lovers app – available free for both Android and Apple.