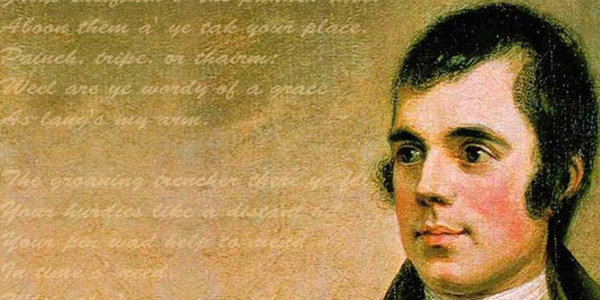 You can join in with the traditional festivities at many restaurants across Scotland that host formal Burns Night dinners, its an entertaining evening of fantastic food, delectable drams, dancing and rousing verse.

How to celebrate in Edinburgh

In his heyday, Robert Burns was Edinburgh’s society darling and one of its most loved celebrities writing many of his famous works while in the capital – including referring to it as ‘Scotia’s darling seat!’ in his ‘Address to Edinburgh’.It’s fitting that there are plenty of Burns celebrations planned across the city this weekend:

Burns’ poems have become great works of literature and are known all over the world, but we wouldn’t blame you if you don’t quite understand everything he’s written!

Join Edinburgh Castle on January 24th or 25th for a fun, interactive introduction to his works and gain a better understanding of these great poems. This event is included in normal castle admission price. You can buy your tickets in advance online or on the day.

Edinburgh’s arts hub Summerhall, will be welcoming guests to the sound of bagpipes, before the master of ceremonies delivers a bite sized history of the Bard and recitals of some of his well renowned poems and songs. There’s even the opportunity to participate in a recital yourself, should you wish.

Venture into the Real Mary King’s Close for a truly unique Burns Day experience. A full evening of traditional Scottish food, poetry and a Burns inspired guided tour of Edinburgh’s underground closes that the Bard himself may have tread.

In Glasgow, they do things a bit different… 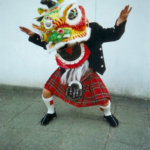 This unique China-Britain Business Council (CBBC) event, first introduced in 2014, brings together the UK and China in celebration of both the Chinese New Year and the legendary Scottish poet Robert Burns. The event features a sumptuous and traditional Burns Night feast and entertainment from both Scottish and Chinese cultures throughout the evening.

Wherever you choose to spend Burns night be sure to make Dreamhouse your accommodation of choice.