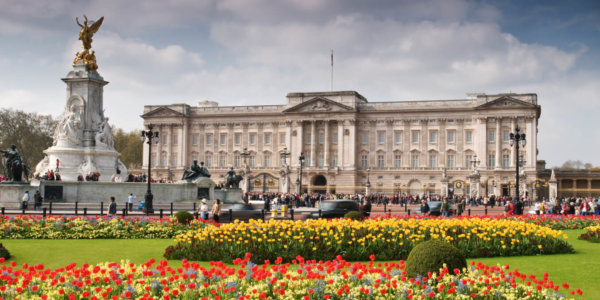 Buckingham Palace is one of the most iconic royal buildings in the country and is the London residence of Her Majesty the Queen. One of only a few working royal palaces left in the world, Buckingham Palace was built in 1703 and is located in the City of Westminster. Originally built as a large townhouse for the Duke of Buckingham, the site finally became the official royal palace of the British monarch on the accession of Queen Victoria in 1837. At the rear of the palace is the large and park-like garden, which together with its lake, is the largest private garden in London.

Buckingham Palace’s 19 state rooms, ballroom and gardens are open to visitors during August and September each year while the Queen maker her annual visit to Balmoral. The state rooms house some of the Royal Family’s greatest treasures including paintings and fine French and English furniture. Visitors can also see the spectacular Ballroom and tour the palace gardens with views of the Palace and the lake.

Big Ben and the Palace of Westminster are just a short tube ride from our apartments at London Vauxhall. Contact us to book now!